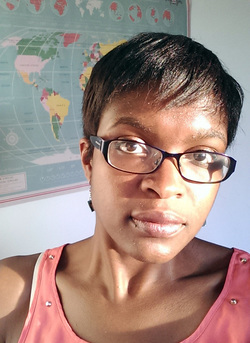 Rebecca’s work has been published by the Dominion of New York, the Guardian, the New Statesman, the Washington Post, the New Internationalist, the Independent, and Kvinfo. She is a Winston Churchill Travel Fellow, and spent her fellowship reporting on immigration and asylum in Greece, Italy, Spain, France and the UK. Rebecca is writer in residence at Lacuna, a new human rights magazine. She has also worked as an editorial assistant and special correspondent in the Washington Post’s London office, and as a business journalist writing and reporting on private finance initiatives for the Partnerships Bulletin magazine. Taken from Rebecca Omonira-Oyekanmi