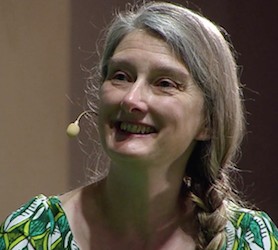 Clare Sambrook is a novelist, freelance journalist and a founder of the citizens’ campaign  End Child Detention Now. Clare is a coeditor of OurKingdom, the UK section of OpenDemocracy where she runs the Shine A Light project. In 2010 she won both the Paul Foot Award and the Bevins Prize for outstanding investigative journalism. Taken from claresambrook.com