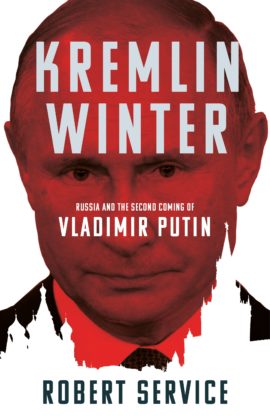 Kremlin Winter: Russia and the Second Coming of Vladimir Putin

Robert Service is a Fellow of the British Academy and of St Antony’s College, Oxford. He has written several books, including the highly acclaimed Lenin: A Biography, Russia: Experiment with a People , Stalin: A Biography and Comrades: A History of World Communism, as well as many other books on Russia’s past and present. Trotsky: A Biography was awarded the 2009 Duff Cooper Prize. Married with four children, he lives in London.

Russia under Putin casts a dark and spreading shadow, dashing the hope of democracy that briefly followed the fall of Communism.  It is here analysed by one of the leading scholars of modern Russian politics, who writes terse and hard-hitting prose."