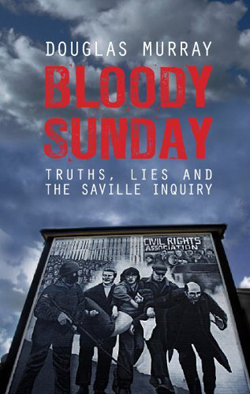 One hundred and eight rounds of bullets. Fourteen dead. Fourteen wounded. Two sides to a story and a four-decade search for the truth… It was meant to be a peaceful march. But on the afternoon of 30 January 1972 in the City of Derry a riot started, the army went in and firing began. ‘Bloody Sunday’ became a catalyst for three more decades of violence. In 1998 a new Inquiry was ordered. It took thirteen years. This book tells what happened when victims, soldiers, spies, politicians and paramilitaries finally appeared on the witness stand. It is about the search for truth, the hope of reconciliation and the people who still stand in its way. Taken from Biteback Publishing