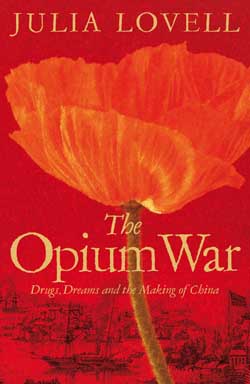 ‘On the outside, [the foreigners] seem intractable, but inside they are cowardly. . . Although there have been a few ups-and-downs, the situation as a whole is under control.’ In October 1839, a few months after the Chinese Imperial Commissioner, Lin Zexu, dispatched these confident words to his emperor, a cabinet meeting in Windsor voted to fight Britain’s first Opium War (1839-42) with China. The conflict turned out to be rich in tragicomedy: in bureaucratic fumblings, military missteps, political opportunism and collaboration. Yet over the past 170 years, this strange tale of misunderstanding, incompetence and compromise has become the founding myth of modern Chinese nationalism: the start of China’s heroic struggle against a Western conspiracy to destroy the country with opium and gunboat diplomacy. Beginning with the dramas of the war itself, Julia Lovell explores its causes and consequences and, through this larger narrative, interweaves the curious stories of opium’s promoters and attackers.The Opium War is both the story of modern China – starting from this first conflict with the West – and an analysis of the country’s contemporary self-image. It explores how China’s national myths mould its interactions with the outside world, how public memory is spun to serve the present; and how delusion and prejudice have bedevilled its relationship with the modern West. Taken from Pan Macmillan