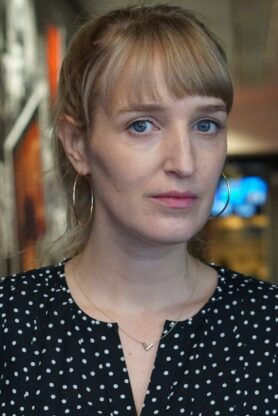 Annabel Deas is an investigative journalist at BBC Radio 5 Live based in Salford. In 2018 she was awarded funding by the Winston Churchill Memorial Trust to travel to the US to research best practice for telling the stories of marginalised people.

Deas writes: “Hope High is a 7 part podcast documenting the year I spent with a community in Huddersfield where a number of children were being exploited by county lines drug dealers. I made the podcast after being frustrated by news reports describing children involved in drug or knife crime as being “in a gang”. Children are not ‘gangsters’ and I wanted to discover the real reason why some children were selling drugs and carrying weapons. I worked closely with a secondary school where I got to know a number of pupils who were being exploited by county lines gangs. I spent a long time in the community so I could witness events as they unfolded in real time and attempt to understand where the gaps were which led to a small number of children being excluded from school, shot at, selling drugs or in prison. As I was working with vulnerable young people, a podcast was the ideal way of providing anonymity as I could change names and voices. After its release thousands of people contacted the BBC and myself to express thanks for explaining why these issues take place.” (The project is now being taught at A Level and on degree courses and is used as a resource by police and social services across the UK.)