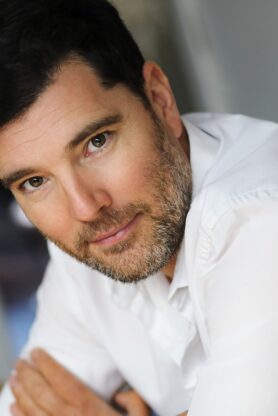 Edward Docx has written for most of the broadsheets and politico-cultural magazines. More recently, his journalism in the UK appears in The New Statesman and The Guardian. He writes on politics, culture and the arts. His fiction has been long listed for the Booker Prize.

Docx writes: “I wanted to do this when Corona first hit and nobody was yet writing much about the personal impact on NHS staff. I spoke to medical professionals who told me they were working long hours in frightening and life-threatening conditions. They felt betrayed or ignored by the Government’s response and failures. One said that they were being abandoned to face the virus in bin bags. But it was too political. Doctors worried about speaking out without permission in case it affected their careers. So everything had to go through the hospital PR’s – which meant NHS England – which meant the Government. Three times I set the piece up. And three times NHS England actively blocked it. I almost gave up. But then I conceived of a way of doing it. I decided to turn the situation into a strength – to write something a little different to traditional journalism. Rather than detailing shortages and statistics, I sought instead to move people, to help them experience the moment from inside the doctor’s perspective.”