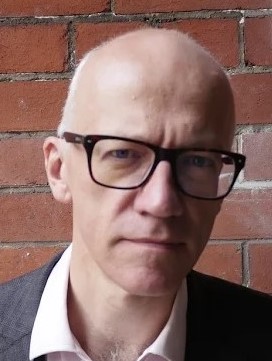 Robert Wright has worked for the Financial Times since 1997 in many roles, including Budapest correspondent, transport correspondent and US industry correspondent. He is currently social affairs correspondent. He focuses on immigration and policing, seeking to show how policy is working and giving voice to those whom the system fails.

Wright writes: “I first heard of the work of Kalayaan and other groups helping escaped domestic workers in 2019 and spent months squeezing research on the subject around my day-to-day reporting. I was profoundly disturbed to hear the stories of women who’d slipped away from abusive employers during visits to the UK and felt appalled about their plight. I thought it important to highlight the huge barriers to justice that faced this group, who as immigrants with no roots in the UK are as vulnerable as any fleeing migrants could possibly be. From the moment I met some of the women in Kensington Gardens in July 2019, their courage, resourcefulness and tenacity profoundly moved me. However, the issue also had wider significance. I recognised that, if the government preferred to avoid making minor adjustments to the visa arrangements of this small, vulnerable group, there were real questions about its commitment to tackling modern slavery. I consequently went in some detail in the piece into why the Overseas Worker’s Visa is so fundamentally flawed.”